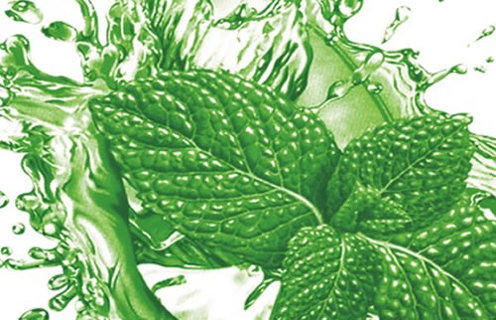 Many people new to vaping tend to come from smoking, and they usually transition to something familiar. That boils down to one of two things—tobacco and menthol.

Whether you’re a vaping novice or just never vaped menthol eliquids before, this short guide shall introduce you to the wonderful world of coolness that is the menthol eliquid.

Difference Between Mint and Menthol

First off, let’s get the difference between the terms “mint” and “menthol” out of the way. Those two words get tossed around a lot, and it can get confusing as to what’s meant when something is said to be mint or menthol. Most would just think of them as similar, meant to simply convey their cooling effects.

The simplest way to distinguish them is that “mint” is a flavor and “menthol” is a sensation. There are a lot of different mint eliquids, including flavors like peppermint and spearmint. These mint flavors are meant to be enjoyed as they are, with their cooling effects maximized.

Then there are plenty of eliquids out there that are labeled as “mentholated,” which means they have menthol added to them to give them an enhancement. They’re best mixed with tobacco, fruit, or candy flavors, but it’s not uncommon to find menthol in other types of eliquid flavors as well.

A more modern term for mentholated is ICE.   This also is not a mint flavor but a cooling sensation.

Is Menthol Best for You?

For those who do find the intense cooling sensation of menthol to be quite pleasant, then menthol eliquids are definitely for them. It may either be a lifelong preference or an acquired taste, but it's always a good thing to try it out at first before you decide on whether you do like it or not.

The menthol effect can be felt in a number of ways, either on the tongue, around the mouth, in the nose, in the throat, or any combination of the above. You may just want that taste of cool tartness or you actually like the sinus-clearing sort of menthol that soothes the throat and the senses.

Combining Menthol with Other Flavors

Finding that right menthol eliquid with the right effect at the right strength can be a daunting task. However, you can also find a pure menthol eliquid you like and mix it in the tank with your favorite flavors eliquid and try it out.

Don’t add a lot of it right away. Mix your menthol eliquid in a little bit at a time and take note of how much is already in there until you hit the sweet spot for that particular flavor and setting on your vape device. You should then be able to replicate that mix as you like.

Soon enough, you should be able to figure out which flavors work best for you with menthol. The cool menthol flavor could be the one thing you’ve been missing in your vaping, and it can bring a whole new dimension to flavors you already enjoy. We here in CafeRacer have our Salty Bastard line, which includes the Tobacco Ice, which caters nicely to former smokers who also like menthol.

Then in our SideCar line, we have the Berry Ice, which is a delicious blend of fresh berries that’s topped off with an icy cool finish.

There’s also the Cool Bastard, which is rich and creamy Virginia tobacco with a crisp mint finish.